If you’ve been a drone enthusiast for a while, you already know that DJI make the most awesome drones out there today. The latest drone to hit the market is the mini drone, the DJI Spark.

But what exactly is the DJI Spark?

It’s the baby DJI Mavic – it’s got nearly all of the DJI Mavic features at half the price!

The DJI Spark was revealed in a huge “Seize the moment” event in New York on the 24th of May 2017. The company had been hinting at this drone for a while, with yesterday the official revealing of the new drone being made.

Shipping is expected to start in about 2 to 3 weeks time.

But what’s so special about the DJI Spark?

Given that DJI’s previous drone – the Mavic had actually take drone size to a whole new level, with its foldable arms, the new palm-sized DJI Spark is another huge step in the improvement of portability of drones.

It’s not that we haven’t seen portable and mini-drones before – but tiny drones like the DJI Spark which are packed with such a broad feature set, at the great price of $499 – we haven’t seen so far.

It’s not exactly cheap, but DJI is known for producing very high-quality drones, and the functionality of this drone which gives it a lot of bang for the buck.

Have a look at the size of the DJI Spark.

Whilst the DJI Phantom series and the Mavic has boosted the popularity of drones to an unprecedented level, the DJI Spark might just be the drone which pushed drones into the mainstream. After all, most of us have smartphones where we wouldn’t bat an eyelid at spending nearly double that every couple of years or so, so $499 is very accessible for such a gadget.

Incidentally, if you’re looking for smartphone integrated drones – read this.

What are the features of the DJI Spark? Is it a racing drone?

Contrary to a number of leaks which were hinting towards the Spark drone being a racing drone, this has turned out not to be the case. The Spark is actually a photo / videography focused drone. DJI’s marketing push is to feature the Spark as a companion which helps you tell your story.

Infact, have a look at the following “DJI – Seize the moment” teaser video of the Spark drone, released before the actual unveiling event.

Apart from the, which is a “big” a deal, (or quite a small deal ;-)), the DJI Spark has plenty of awesome features.

You must watch this demo of the DJI Spark. It’s mind-bending. Palm control, waving, selfies, take-off and landing in hand, simple and impressive performance.

The DJI Spark will be available in 3 different colors when it ships in about 3 weeks to a months time. Just like with the Mavic, you can always get the FlyMore Combo bundled with plenty of accessories. It also fully integrates with the FPV goggles also from DJI.

Using the remote the transmission distance is of 1.2km.

In terms of actual built-in smart functions, the DJI Spark boasts the following:

The DJI Spark is of course is somewhat of a bit of an expensive toy for now, but we’d be thrilled to get one in all honesty. After all, what’s not to like about it?

Pre-order your DJI Spark directly from DJI below.

Smart, reliable, and incredibly intuitive
TapFly; Flight at Your Fingertips
QuickShot;Videos with a Tap 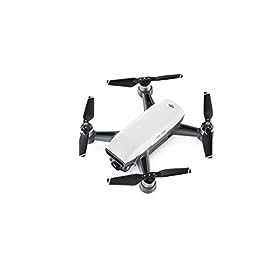 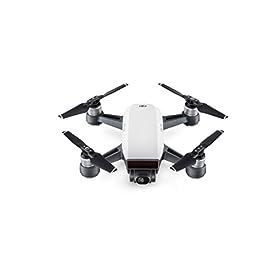 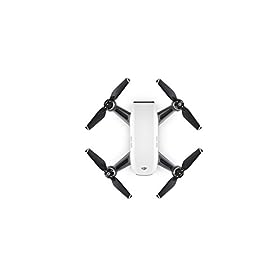 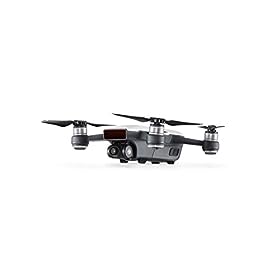 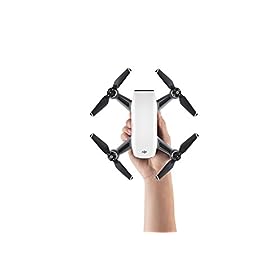